The Pirelli MX2 class provided incredible on track action in Maitland for Round 4 on the Penrite ProMX Championship presented by AMX Superstores. With the first chink in the armour of red plate holder Kyle Webster aboard his Honda Racing Australia machine, a trio of contenders stepped up to try and make their mark on the round and the Championship. 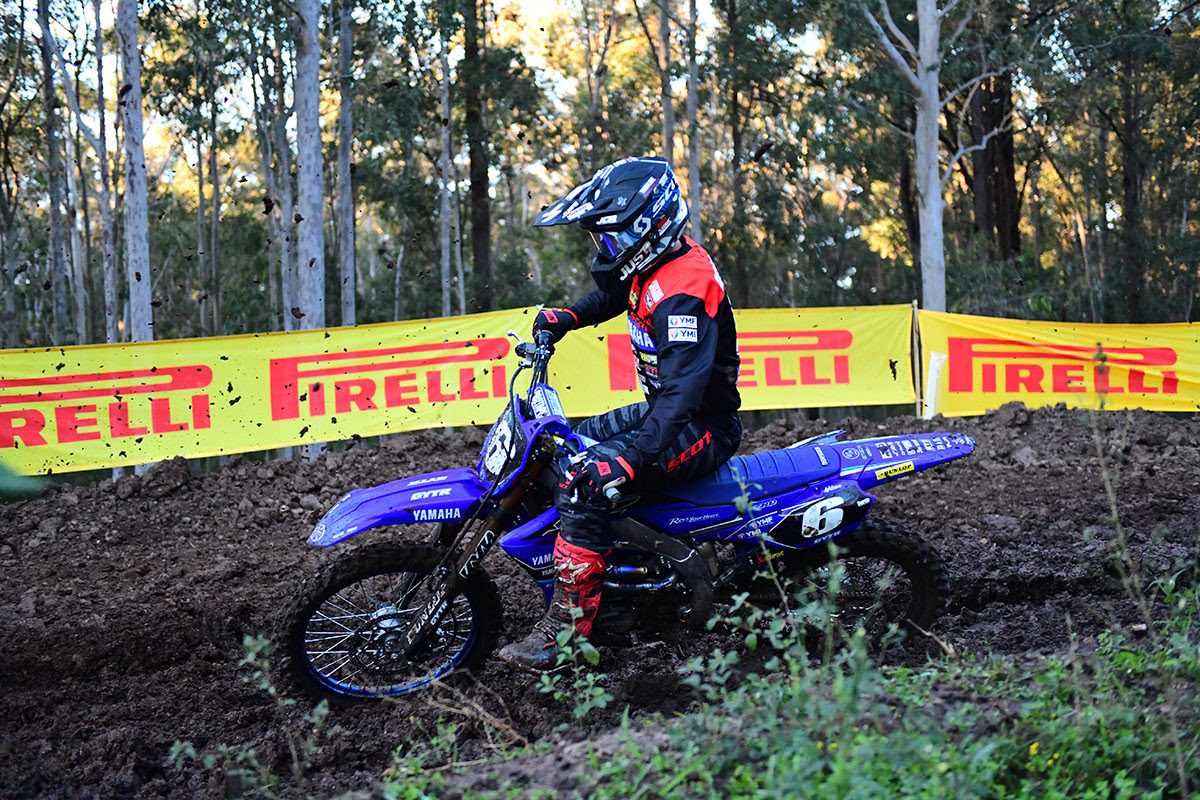 In the opening moto Yamaube Yamaha’s Jay Wilson rocketed out of the gate with the holeshot and would attempt to sprint away early. However Webster proved too strong for Wilson and made the move early as he proceeded to check out from his competition leading throughout the moto to a relatively easy victory. Yamalube Yamaha’s Rhys Budd started in 3rd position and late in the moto would move to 2nd position, capitalising on Wilson’s mistake. As the chequered flag waved it was Webster in 1st, with Rhys Budd in 2nd and Serco Yamaha’s Jesse Dobson in 3rd.

Moto 2 saw the first sign of weakness from red plate holder Kyle Webster, as he fell from the lead pack on the opening lap. From there a Yamaha trio of Jay Wilson, Nathan Crawford and Jesse Dobson would look to capitalise and fought fiercely for track position and the lead of the race in the opening laps. Eventually Nathan Crawford (after a DNF due to a mechanical issue in moto 1) would take the lead and never look back on his Serco Yamaha, leaving Dobson and Wilson to battle for 2nd. Ultimately Dobson would secure 2nd, as Jay Wilson fought off late attacks to claim 3rd from Husqvarna mounted Dylan Wills  and the hard charging Webster.

At the finish it was Crawford taking the win, from Dobson in 2nd, Wilson 3rd, Webster 4th and Dylan Wills in 5th.

The Pirelli MX2 overall podium for Round 4 saw Kyle Webster taking the win, with Jesse Dobson in 2nd and Jay Wilson in 3rd overall.