Motorcycling Australia (MA) and the ProMX Management Team are ecstatic to announce a major new partnership with Australia’s leading oil and lubricants manufacturer – Penrite Oil- as the Naming Rights title partner for the inaugural 2021 and beyond, Penrite ProMX Championship (ProMX).

Penrite are a world-renowned, industry leading oil manufacturer, with a direct connection in supporting motor racing in Australia both through their products and sponsorship activations, and to have them partner with MA as Naming Rights title partner for the future is a massive win for the sport and secures the long-term development for the sport of motocross as a whole.

Penrite have a long and proud history supporting Australian motocross, and this new partnership with MA is a further significant investment into the sport for the 100% Australian owned company. 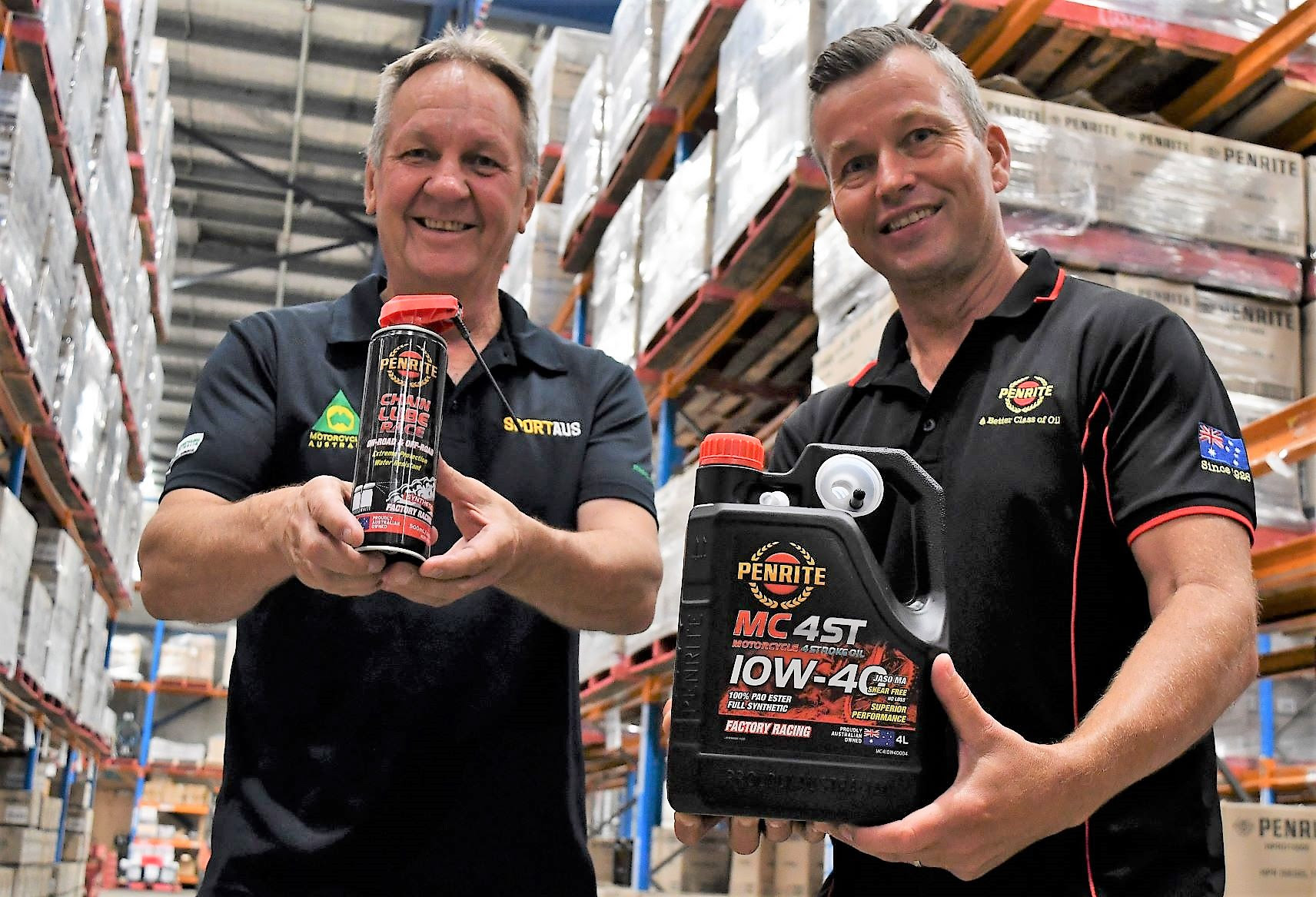 Penrite’s commitment to motorsport, and specifically motorcycle racing is significant, with a strong presence in off-road competition as well as road racing. Penrite’s race proven products include engine oils for two and four stroke motorcycle products, as well as cars and trucks, but also include motorcycle gearbox, and airbox oils as well as a range of fork oil and cleaning products.

CEO of Motorcycling Australia, Peter Doyle, said the Penrite partnership was significant for the future of ProMX, with both organisations having a common vision to grow the sport of motocross and the Penrite ProMX Championship.

“Penrite are a significant global company that prides itself on developing world class oils and lubricants, and with this new partnership we hope we can take the Penrite ProMX Championship to the world,” Mr Doyle said.

“Penrite have been a valued and proud Australian owned brand providing quality products in the industry for nearly 100 years and for them to see value and believe in the direction we wish to take ProMX in our inaugural season is a significant boost for the sport.

“We are extremely excited for the 2021 Penrite ProMX Championship and what it can deliver for our Australian and international audiences.”

Penrite Oil CEO Toby Dymond said: “motorbikes are something very close to Penrite, and myself personally”.

“My brothers and I all grew up around bikes, it’s been a lifelong passion. Likewise, Penrite have had a long association with motorsport, and we have always been active in the motorsport scene.

“What better place to test and better develop our Australian owned and made products right here with the motocross bikes under race conditions that will compete in the 2021 Penrite ProMX Championship.

“Partnering with MA on the Penrite ProMX Championship allows us to support local clubs, grass roots motocross riders right through to the elite who will be competing in this year’s Championship.

“It’s really a great partnership, our world class and renowned Penrite products which are exported around the world and made right here in Melbourne, and beginning a new chapter with Motorcycling Australia and Australian motocross.”
The Penrite ProMX Championship launches into racing at Wonthaggi, Victoria on April 11, followed by seven rounds of high-flying action spanning five states.

The Penrite ProMX Championship will showcase Australia’s best riders competing in the MX1 class riding 450cc machines, along with the nation’s top up and coming talent in the MX2 class aboard 250cc bikes and the MX3 class, debuting the next generation of Australian motocross talent who have graduated from the junior ranks.

To stay up to date with the latest Penrite ProMX Championship news, visit the ProMX website, ProMX Facebook, ProMX Instagram, and join the ProMX Championship subscriber mailing list by clicking the link HERE and entering your details.
You can learn more about Penrite Oils by visiting https://www.penriteoil.com.au/