Calvin Vlaanderen had a challenging day at the office in what was the final race day of the 2018 MX2 World Championship. Under the sun shining over Imola’s Autodromo Enzo e Dino Ferrari, the Team HRC rider had to work hard to find his way through the pack after yesterday’s DNF in qualifying and was 12th and eighth at the flag in the two motos.

Calvin had a good jump out of the gate but, due to the poor gate-pick after yesterday’s retirement, he was only 22nd out of the first corner of race one. By the end of lap five, Vlaanderen was in the middle of a fierce battle halfway through the field in 14th position. He then rode his own race to finish 12th at the flag.

Race two unfolded in a very similar way for the 22-year-old from Cape Town, who had the near-impossible task of making his way through the pack at the start from the most-outside gate. On lap seven, Vlaanderen overtook Jacobi for twelfth place and was quickly promoted to eleventh when Marshal Weltin crashed out of the encounter. But before the chequered flag was deployed, he managed to pass Brian Strubhart Moreau and Richard Sikyna to finish eighth.

Vlaanderen’s first season with Team HRC ends with a sixth place in the final championship standings and six podiums (one win, one second and three thirds). He will now make a quick stop at home before flying to USA to represent the Netherlands at the 2018 MX of Nations, which will begin in less than a week (6-7 October) at Red Bud, Michigan.

The 2018 MX2 season is over and obviously today things didn’t go our way. We were ninth overall, however, which is not too bad considering the gate-pick that I had. I came through the pack quite well in both races, but I just didn’t have enough for the top-five in race two. It is what it is: we will take it and we will learn from it, and it’s still good experience for next season. We finished sixth overall this year with five podiums and one overall win, which is the best result so far in my career. I’m really happy with it and look forward to staying with the team and working with all my crew. It’s been an awesome year, so thanks to everyone at Team HRC for it. 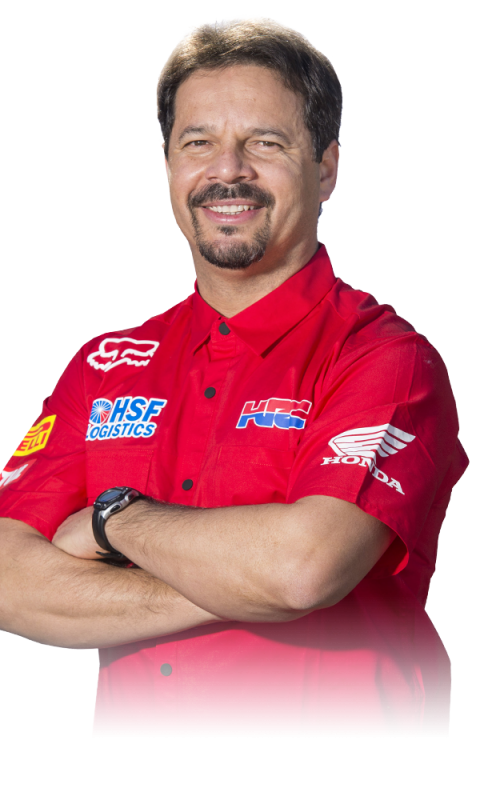 Calvin’s season was a very encouraging one and we have seen glimpses of championship-winning talent with his outstanding performances in Indonesia. Today was a hard day at the office for him as he almost had the last gate-pick, but he fought hard and bravely through the pack to claim ninth overall in GP and sixth in the championship standings. It’s a very good first year of our partnership and we look forward to next season as I think we can improve our performance and results even more. A huge thank you goes to the all the team: it has been a long year, but they delivered in every way all along.