Tickets for 2019 Monster Energy Supercross on presale for preferred customers
ELLENTON, Fla., (Oct. 9, 2018) – Feld Entertainment, Inc., announced today a new brand identity ahead of the 2019 Monster Energy AMA Supercross, an FIM World Championship, season.
On the heels of the 10th anniversary of Feld’s purchase of the motorsports division, which changed the course of global brands, Monster Jam® and Supercross, and led to extraordinary growth in a time when traditional sports have struggled with attendance and TV ratings, the refreshed logo and identity system reflect what Supercross is today and symbolizes its future.
“We are proud to launch the new Supercross identity as we mark the 10th anniversary of stewarding the brand,” said Vicki Silver, Chief Marketing Officer for Feld Entertainment. “The new world championship Supercross logo features distinct forward-leaning letters, which embody the momentum of the sport, the energy of the live experience and the riders readying for the gate drop. Supercross is world-renowned, and this logo was strategically chosen to carve out a visual identity while continuing to raise the bar and elevate the sport.”
Preferred customers can sign up in advance for early access to purchase tickets today, October 9 to October 22, by visiting SupercrossLIVE.com. Tickets for the 2019 season will go on sale to the general public on Tuesday, October 23. 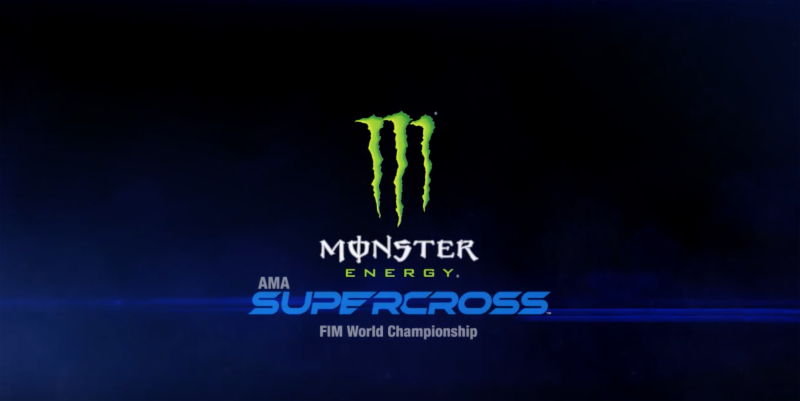 The world premier off-road motorcycle racing championship is the most competitive and highest-profile series on the planet, attracting nearly one million fans in live attendance over the course of the 17-race series. The 2019 season will feature the world’s most elite athletes chasing their supercross dreams onto U.S. soil inside America’s most well-known stadiums. Four rookies jumping up to the premier class in 2019 will join an already rich field of Marvin Musquin, Eli Tomac, Chad Reed and Ken Roczen, along with the reigning 450SX Class Champion, Jason Anderson, the rookie class of Justin Hill and Joey Savatgy and both defending regional 250SX Champions, Zach Osborne and Aaron Plessinger.

Sabrina Lowe
Feld Entertainment
941-721-1353
slowe@feldinc.com
About Feld Entertainment, Inc.:
Feld Entertainment® is the worldwide leader in producing and presenting live touring family entertainment experiences that bring people together and uplift the human spirit. Properties include Monster Jam®, Monster Energy Supercross, Disney On Ice, Disney Live!, Marvel Universe LIVE!, Sesame Street Live!, DreamWorks Trolls The Experience (coming Fall 2018). Across the brand portfolio, Feld Entertainment has entertained millions of families in more than 75 countries and on six continents. Visit feldentertainment.com for more information.
About the American Motorcyclist Association:
Founded in 1924, the AMA is a not-for-profit member-based association whose mission is to promote the motorcycle lifestyle and protect the future of motorcycling. As the world’s largest motorcycling rights and event sanctioning organization, the AMA advocates for riders’ interests at all levels of government and sanctions thousands of competition and recreational events every year. The AMA also provides money-saving discounts on products and services for its members. Through the AMA Motorcycle Hall of Fame in Pickerington, Ohio, the AMA honors the heroes and heritage of motorcycling. For more information, visit americanmotorcyclist.com.

WEBB CHARGES TO A FOURTH-PLACE FINISH IN INDY