THOR MX1 showcases the elite talent in the Penrite ProMX Championship presented by AMX Superstores and the anticipation for a return to racing for the stars of the sport was at an all time high as the gate dropped at Wonthaggi. 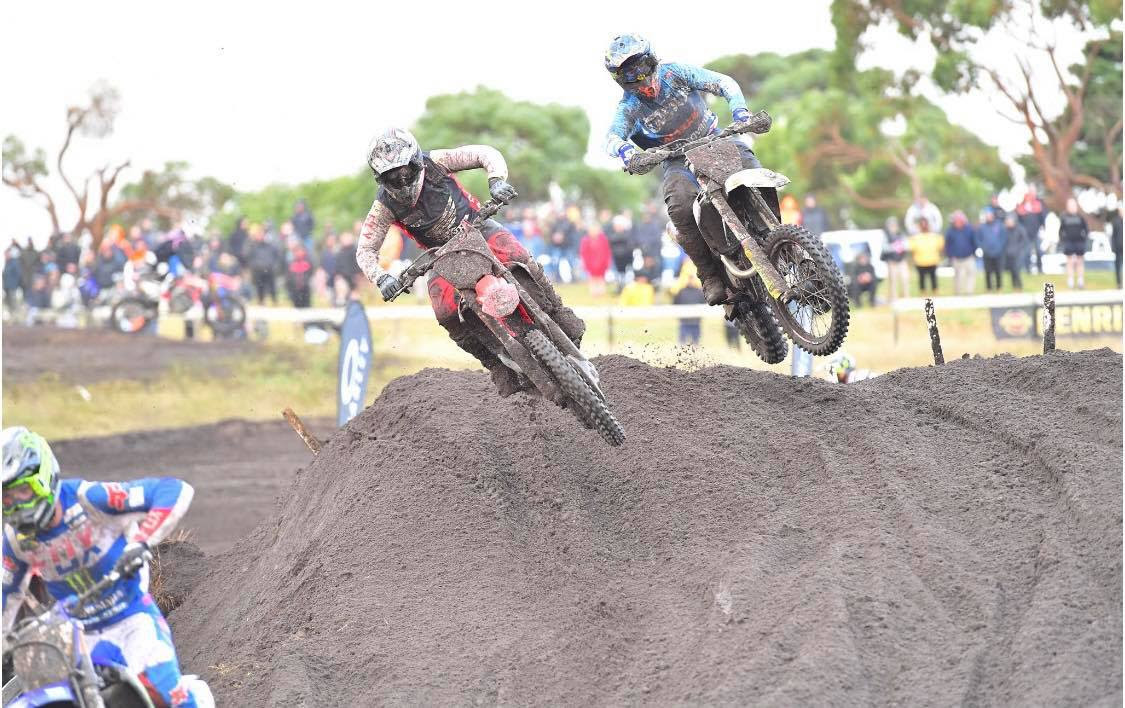 Duffy would fall early from inside the top five, fielding an incredible charge to pass Mellross, Rykers, and ultimately Waters to end up in third position. At the same time, Brett Metcalfe would field a late race surge to catch Luke clout and relegate him to second, taking the opening THOR MX1 moto win.

Moto two would see Kirk Gibbs lead early aboard his Honda Factory Racing CRF450r, but a costly mistake would see him shuffle back quickly through the field as a furious battle raged with Luke Clout, Hayden Mellross and Regan Duffy in the early laps. Duffy would secure the lead five minutes in and proceed to gap the field as Luke Clout encountered mechanical issues and would not factor into the moto or overall.

As rain continued to fall the conditions turned even more treacherous as Regan Duffy claimed his first moto win in THOR MX1, ahead of Todd Waters, Kirk Gibbs, Hayden Mellross and moto one winner Brett Metcalfe who would round out the top five.

The THOR MX1 overall victory was claimed by Regan Duffy, with Brett Metcalfe in second and the defending champion Todd Waters rounding out the overall podium in third.

Mathys Boisrame on the podium in Russia

Sixth place for Vlaanderen in MXGP of Belgium